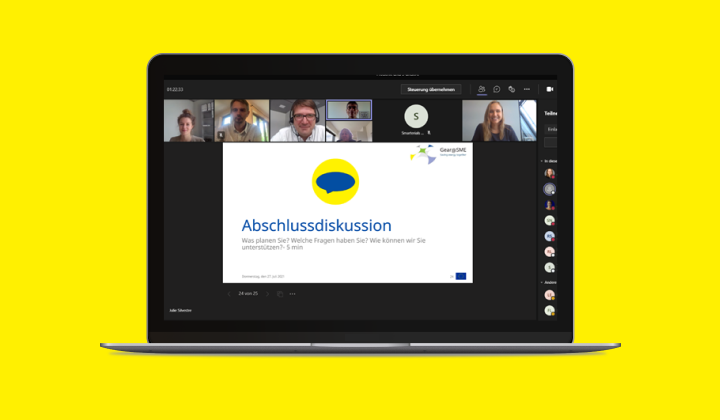 14 Sep “Knowing your own energy consumption is the first step”

Berlin – Climate neutrality is a state in which there is a balance between carbon emission and its absorption from the atmosphere into so-called carbon sinks. This is what participants learn at the very beginning of the workshop on climate neutrality offered by the Berlin Energy Agency (BEA) in Adlershof as part of the EU project GEAR@SME. This means that no more greenhouse gases are emitted that cannot be absorbed by nature or other sinks.

The transfer of know-how is one of the central goals of the project. Small and medium-sized enterprises (SMEs) at several locations in Europe are to be supported in reducing their carbon footprint with the help of workshops and training courses, but also by networking with each other.

SMEs alone cannot influence global climate neutrality, but they can become greenhouse gas neutral themselves and thus make a major contribution to climate protection. In addition, along the way, they can save money by saving energy.

This Thursday morning, several SME representatives from Adlershof came together digitally to learn what support they can receive through GEAR@SME. Some have already taken their first climate protection steps and now want to find out how they can improve further. Others are still at the very beginning and hope to benefit from the experience of others. Some participants come from the production sector, others from IT or finance. “I hope to get ideas and information on how to implement climate action in my daily doing as a finance officer,” says one participant. Another participant hopes to expand her knowledge so that she, in turn, can motivate her corporate network in IT to save energy and network more.

From Julie Silvestre and Robert Spanheimer, both project managers at Berliner Energieagentur GmbH, which is implementing the GEAR@SME project in Adlershof in Germany together with WISTA GmbH, they learn which management systems can be used to measure and reduce the CO2 footprint and which steps need to be taken here.

They hear that the decision and definition towards a greenhouse gas neutral company must be made in the company management, but that the entire company must take this path together. Thus, internal communication and awareness raising among employees also plays a major role. “Knowing exactly what your own energy consumption is in production, for example, is the first step,” says Robert Spanheimer, adding that only then can a reduction be methodically made and be permanent.

“We hope, of course, to reach as many small and medium-sized companies as possible in Adlershof and, in a second step, beyond, and to motivate them to network” emphasizes Spanheimer. It is important, he said, that the companies inform him of their knowledge needs so that BEA can make the appropriate offers in the coming months. Interested companies can therefore get in touch and ask for advice about their options. 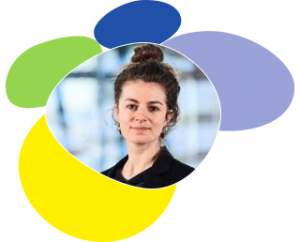